Celebrities who have given CPR/First Aid

Most of us have seen CPR performed on TV at some point or another, but for obvious reasons, it’s not quite like the real thing. CPR can be physically taxing on the person attempting the resuscitation, as compressions have to be hard in order to be effective. Official guidelines surrounding CPR advise that you should give 30 chest compressions at a rate of 100 per minute, allowing the chest to rise between each compression. Guidelines also state that the correct technique for giving chest compressions is interlocked hands in the centre of the chest (between the nipples) for an adult at a depth of two inches, one single hand in the centre of the chest at a depth of two inches for a child, and the middle and index finger, with 1.5 inches depth for a baby.

Fortunately a small proportion of people are likely to have seen CPR performed in real life, or performed it themselves and so, the closest thing we can imagine it being like is what we’ve seen on television over the years. However, while CPR on TV may leave a lot to be desired (we’ve all seen that episode of The Office!) you may not know that some of your favourite Hollywood actors have learned CPR for real. Check out these inspiring stories from some well-known celebrities who have learned CPR/first aid techniques, some of whom have actually saved a life as a result of learning these skills! 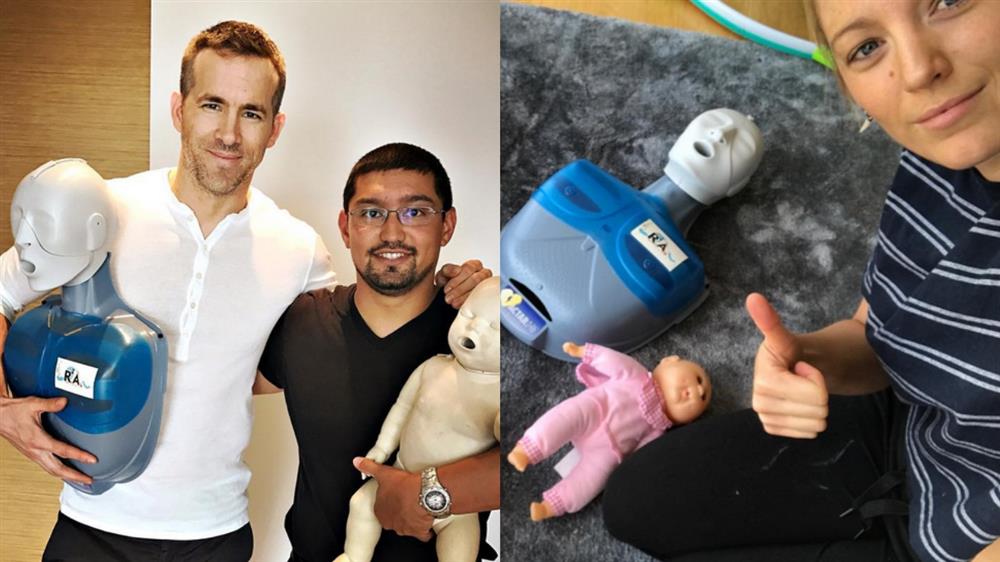 The Deadpool actor is no stranger to playing a superhero, but he could be considered a hero in real life too. He learned CPR training through an accredited course and ended up using his lifesaving skills to save the life of his nephew. He later attended a refresher baby and toddler course with his wife Blake Lively who urged her Instagram followers to find a class near them to learn lifesaving first aid skills. She said: “For those of you who haven't done it, you will love it. It's so helpful by giving you knowledge, tools, and some peace of mind." 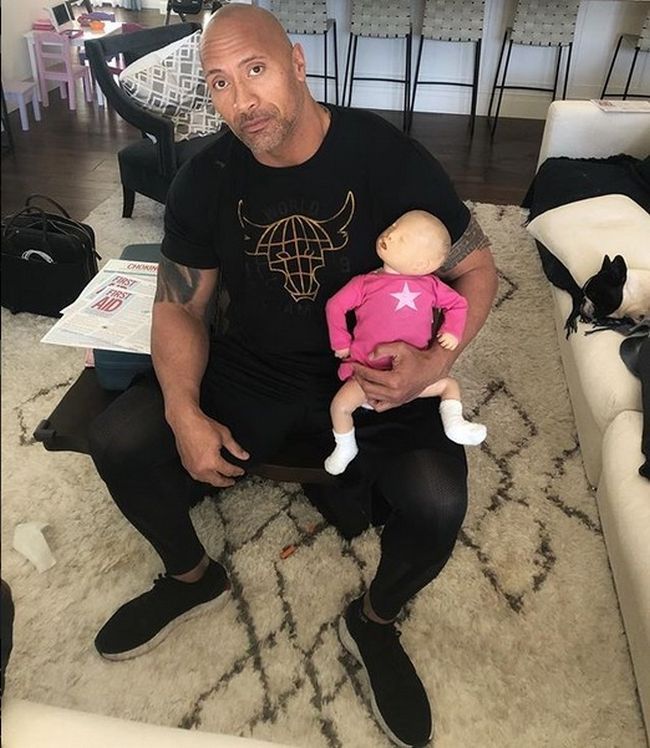 Dwayne learned CPR training before the arrival of his third daughter. He said: “You hope there’s never an emergency where you never have to deploy the skill. Since we have another baby girl on the way - I wanted to make sure myself, my family and our staff took another choking prevention and CPR course on infants, children and adults. Highly recommend you guys do it, because never know what may happen and it’s always best to be ready."

The action hero also inspired another lifesaver - 10 year old Jacob O’Connor found his brother Dylan, 2, lying face down in the family pool. After he pulled Dylan from the water, Jacob used CPR to save his brother’s life, which he learned from the film San Andreas, after recalling a scene from the movie where Johnson’s character performs CPR on his daughter.

The ‘Lock, Stock and Two Smoking Barrels’ actor famously starred in an NHS advert demonstrating how to do hands-only CPR as part of a nationwide campaign to encourage bystanders to attempt chest compressions in the event they witness someone collapse. Fast forward 7 years and Vinnie used lifesaving skills for real when a 90 year old gentleman had a seizure at the Centurion Club golf clubhouse in Hertfordshire. Vinnie rushed to the man’s aid and gave him CPR until paramedics arrived and took over. It is believed the gentleman was revived, but sadly died in hospital a few days later. 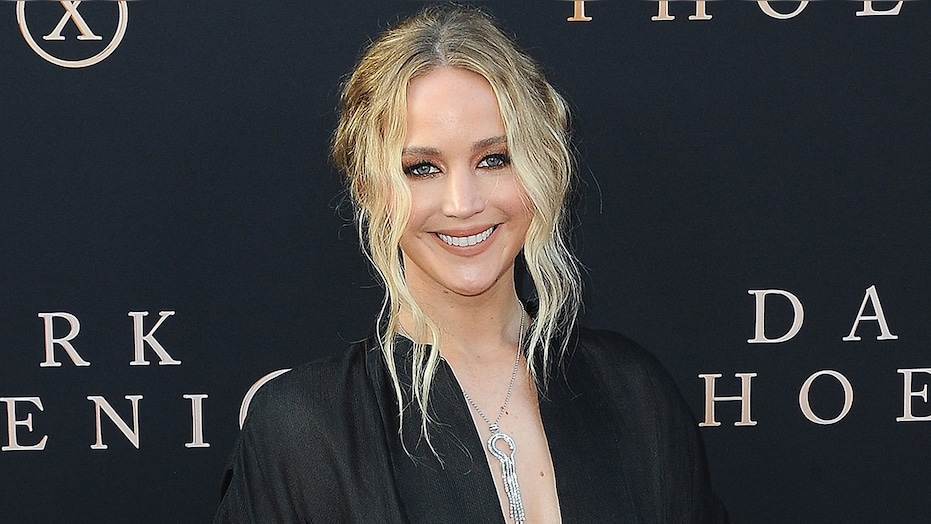 Oscar winning actress and star of The Hunger Games series, Jennifer Lawrence was walking her dog in Santa Monica when a woman suddenly collapsed in front of her. With the assistance of another bystander, she attempted to give first aid to the woman and waited with her until paramedics arrived at the scene. 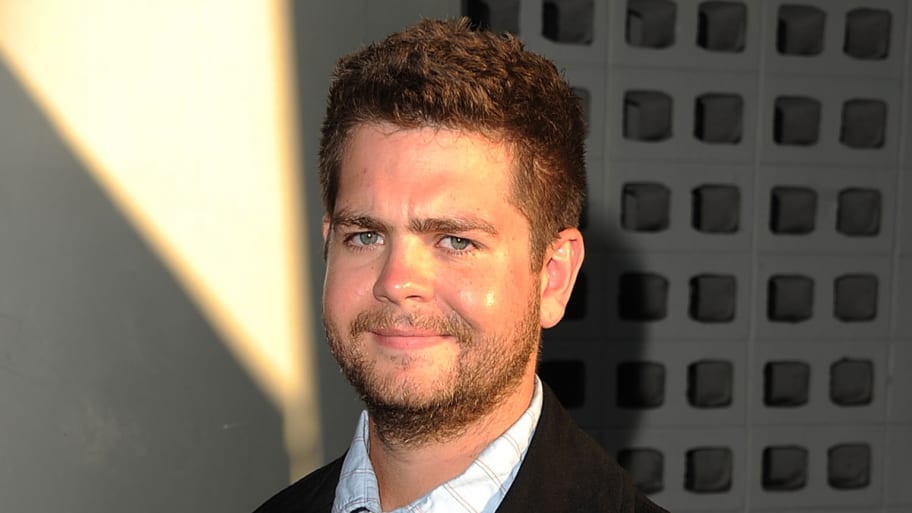 Jack was on his honeymoon in Hawaii back in 2012 when he was called upon to help a drowning woman. He had been a police reserve for 5 years and so fortunately, he had a lot of training in CPR. She was promptly given CPR and a defibrillator was administered by one of the other 5 people who rushed to her aid. The woman was transported from the beach on a spine board on a cart and Osbourne, his friend, and another good samaritan went with her to the front of the hotel and continued administering CPR along the way, before EMT’s took over. It is understood the woman survived, thanks in part to Jack’s efforts. 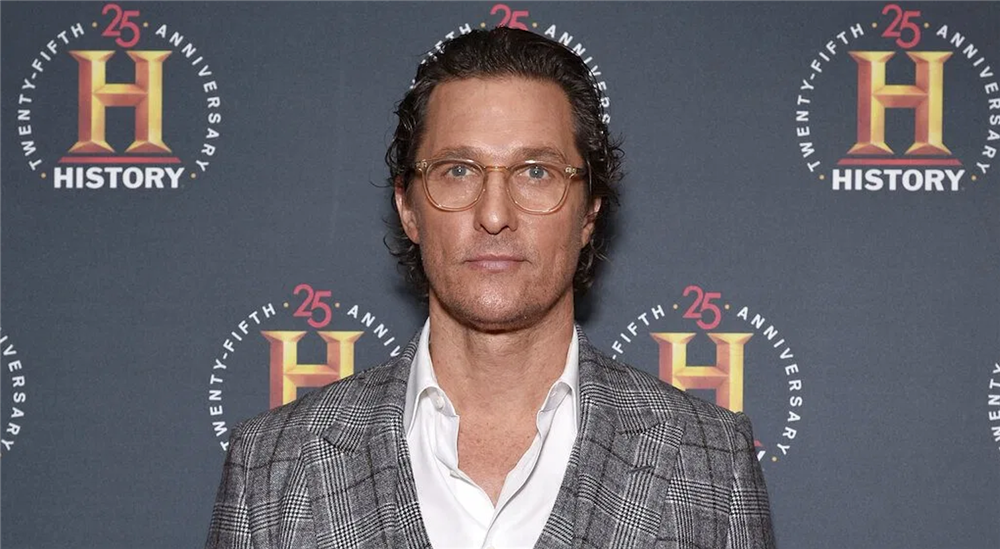 The Hollywood actor sprang into action at the Toronto Film Festival back in 2001 when a woman suffered a seizure during a screening of Thirteen Conversations About One Thing. An audience member called out for medical assistance, which many moviegoers believed was an elaborate ploy/publicity stunt or a part of the film. It soon became apparent that it was indeed a genuine emergency. McConaughey resuscitated the woman by giving her mouth-to-mouth, with Toronto police crediting him for saving her life. McConaughey later said of the incident: “It was no big deal, she needed help, and I was there.”

If you are a community first responder or CPR trainer who delivers training sessions or demonstrations in any setting, we stock a range of training equipment that will help you take your training sessions to the next level, from training defibrillators to manikins. Shop our full range, including Laerdal and Brayden products at www.defibworld.org/training-equipment

Subscribe to our newsletter and receive an exclusive discount code for £100 off the cost of a Mindray C1A defibrillator!